Plovdiv University, named in honor of the Bulgarian historian Paisiy Hilendarski, is the city’s leading cultural and scientific institution. It is the largest institution of higher education in Southern Bulgaria, and the second largest Bulgarian university, after St. Kliment Ohridski  University of Sofia. The year 2001 marks the university’s fortieth anniversary.

Literature (with Specialization in Czech Language and Literature) was added. A degree in Education was offered for the first time in 1984, Law degree programs were introduced in 1992, and Economics degree programs were launched in 1994. Today the University of Plovdiv is a true university by international standarts, since it provi des training to students in the four major fields of higher education: natural sciences, humanities, social sciences, and economics. “Paisiy Hilendarski” Plovdiv University has been institutionally accredited by National Certification and Accreditation Board (Protocol No. 1 of 15 February 2001). Over 7,500 full-time and 5,000 part-time students are enrolled in the programs and courses by the university’s eight faculties. The full-time teaching staff consists of 34 Full Professors, 167 Associate Professors and 360 Assistant Professors. 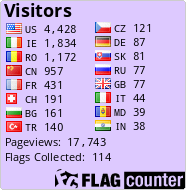